In October 2019, we took over the education business that we have been implementing in Myanmar , and started our business in Myanmar as 100% subsidiary of Tosco Corporation Japan.At present,Japan is facing a so-called population onas period in which the aging population is rapidly increasing, but the working-age population is decreasing and the production-age population cannot be replenished due to the declining birthrate, and labor shortages are occurring in various industries in Japan. IT industry of Japan is no exception. Tosco Corporation Japan has been recruiting Myanmar nationals since 2015 to conduct IT and Japanese language training in Yangon and Mandalay, in order to cope with this labor shortage. Many Myanmar people work as advanced information processing engineers at our Japanese corporation.(As of May 2019, 77 employees were enrolled.(31 engineers on the Japanese side, 46 trainees on the Myanmar side))Myanmar employees who work at our Tosco Corporation Japan are very serious,have an amazing ability to learn Japanese language, and perform well comparable to Japanese employees.On the other hand, Myanmar is a young and vibrant country with a working-age population that is more than twice as high as the rest of its sub-population.Currently, social infrastructure is not sufficiently developed, but the third and fourth industries will surely develop significantly in the near future.Although we are a newly born company, we conduct business activities that value the bonds with people with the aim of enriching everyone through computer software, which is the management philosophy of our parent company. By inheriting the DNA of the parent company and integrating not only the educational business here in Myanmar, but also the advanced IT development technologies cultivated in Japan with the talented Myanmar human resources, we contribute to development of Myanmar by developing a variety of IT services in Myanmar.I would like to grow with the development of Myanmar.We look forward to your continued support and encouragement in the future. 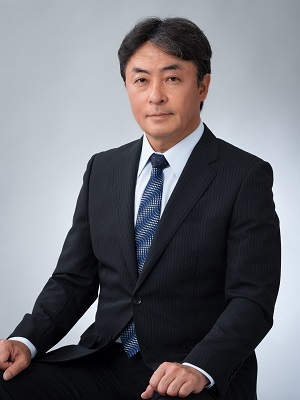